You are here: Home / Client loyalty 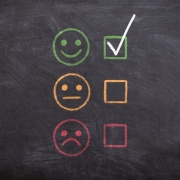 Receive news and resources on product management in your email.

WeMake Consultores, as data controller, informs you that your data are collected for the purpose of collecting personal data that are obtained through the contact forms available on the website of the company for contacting the applicant and sending advertising bulletins. The legal basis for processing is the consent of the data subject. Your data will not be passed on to third parties unless legally obliged to do so. Any person has the right to request access, rectification, deletion, limitation of processing, opposition or right to the portability of their personal data, by writing to us at the above address, or by sending an e-mail to info@wemakeconsultores.com, indicating the right you wish to exercise.